Coreography and dance by Luisa Spagna 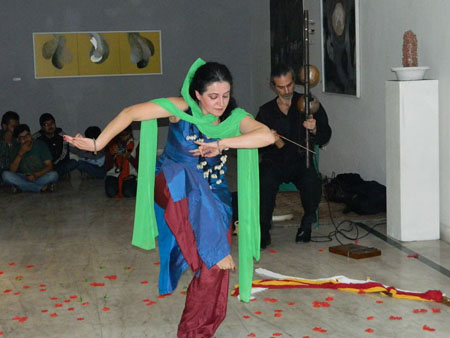 “In this amazing dance performance, we catch glimpses of yogini rituals of Odisha, the practice of Odissi dance, tantric yoga and features of Western ballet. And what music rained to drench the land of creation! What instruments! Dair, axis, bodhran, mbira, all invented by Paolo Pacciolla. The unfamiliar was simply enchanting” Padma Jayaraj  – March 13, 2014

After this event Luisa Spagna receives the: 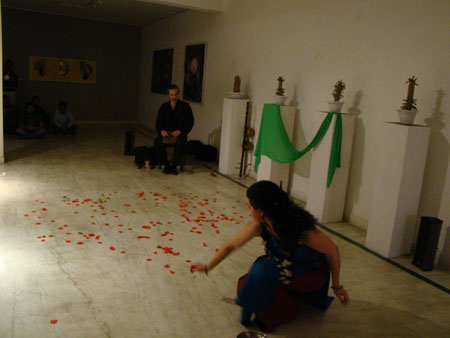 Yoginis are women of the Indian tantric tradition and, at the same time, aspects of the feminine cosmic energy; each one of them narrates stories of the creation from a feminine perspective. 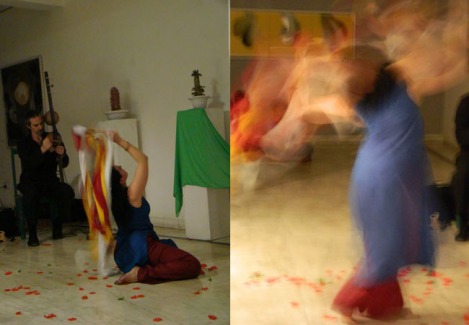 The dance is based on a technique blending contemporary dance, mudras – the codified language of hands of the Indian tradition – and improvisation. All these elements create an original dance language using various kinds of scenographic objects.

Enchanting Circles, a project on the singing drum, is also a recording recently released by the Alfa Music label. Considered “a strong contribution to modern frame drumming” (Scott Robinson), is the fabric upon which Luisa Spagna waves her dance. 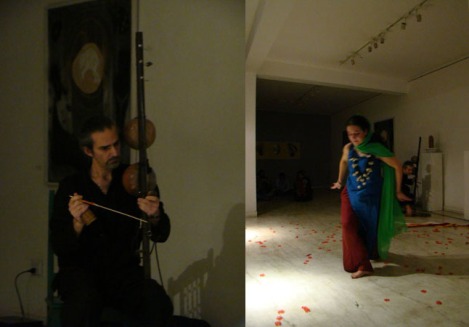 Music guides the flow of the dance, its gestures and suggestions and dialogues with it through sounds and meaning. 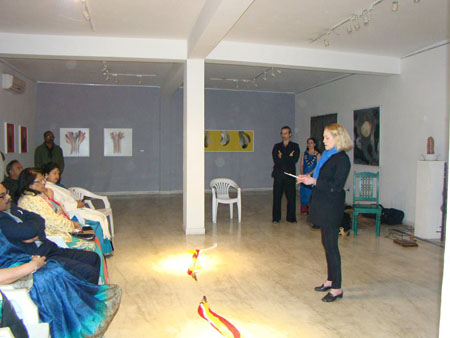 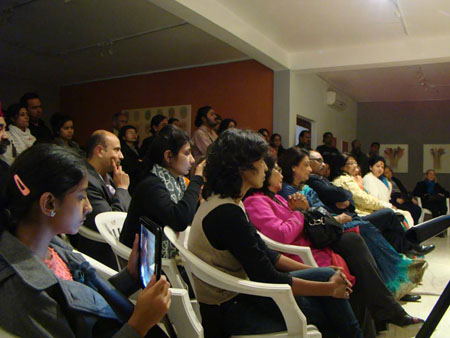 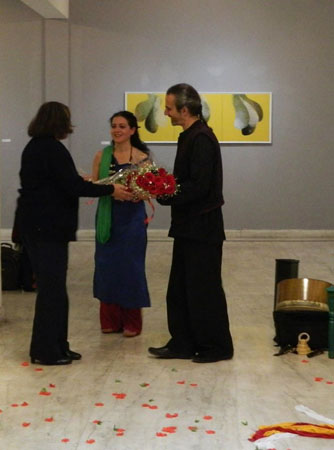